I normally send this e-mail out in December to replace Christmas cards. For a number of reasons, I managed to do neither this time.

However, for any number of rather better reasons, today seems like a very good day to send this e-mail instead.

On the evening of 25th January, I went and dug into my jacket pocket, and got down on one knee. I’m delighted to say that Jo has agreed to marry me, and we have set the date for Saturday 16th February 2013. That is a year today!

The truth is that we had been planning this for a while – we had actually been planning the wedding for a few weeks before that, including that very night. We are using the stones from two of Joanne’s family rings – her grandmother’s and great-aunts – to make a new ring for Jo, which won’t be ready for several weeks, so I secretly ordered the claddagh ring you can see in the following photograph: 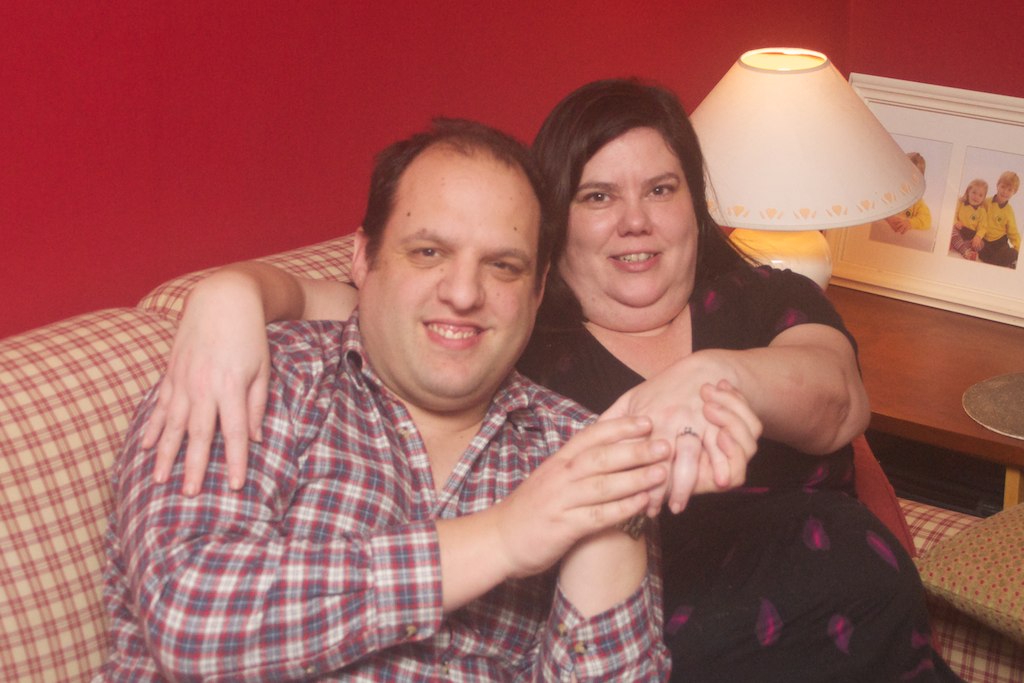 Tomorrow will be 18 months since we met, and as part of the wedding celebrations we will be having a blessing at Corrymeela on the day after the wedding. Bits and pieces of the day are falling into place nicely, and we’ll be sending more details out in the next few months.

I get to look back over the last number of years, and I can see the path, how God has walked with me through all the difficulties I have faced, all the disappointments, all the pain, all the dashed hopes, and so on. Many of you have walked with me on that path, but I have always known God is with me, and I have had (and still have) no other hope.

A long road awaits us as we work through the craziness of the next year and we prepare for the rest of our lives. I know we will not be alone as we do this.

For now, I will do my usual thing of looking back through the highlights of the year.

I hit Spring Harvest as usual in April, flying off to Bristol and getting a lift to Minehead rather than 2010’s driving odyssey. Because Easter was late last year, I actually went to the very first week of Spring Harvest, which gives you a slightly different perspective from the later weeks. I also offered to switch at late notice to the Venue Security Team as I knew they were short on volunteers in that team – while I had hoped to be stewarding, they were very glad of the offer!

Unfortunately, due to saving up of both money and leave, I’m taking a year off from Spring Harvest this year. It’ll become clearer closer to the time whether I’ll be able to go next year, but time alone will tell.

Jo arranged with another Corrymeela member for us to get the use of a holiday cottage in Redcastle, Co Donegal over the second bank holiday weekend of May – as well as watching the Royal Wedding, we toured Inishowen, stopping at Malin Head, and took a trip to the caravan site I spent many happy weeks in the late 80s and 90s beyond Carrigart. A few weeks earlier we had won an overnight stay in the Culloden in a raffle, which we took on the first bank holiday of May – we spent more time in the spa than anywhere else, or so it felt!

On Culture Night, Irish Rail were offering free return tickets anywhere on their network to whoever suggested the best piece of transport-related culture. Having mischievously suggested “Are ye right there, Michael?” by Percy French, my winning entry (one of four I think) was Belfast Central from Juliet Turner’s second album, Burn the Black Suit. We finally used our tickets from Dundalk to Cork on Monday of this week, taking a short break in the city, and visiting the English market and Cobh. Photos are still on my camera and should appear somewhere on http://www.flickr.com/photos/andyboal soon.

I had my first proper commission last year! I shot Gail and Paddy Calwell’s wedding at Belfast City Hall on Good Friday as their wedding present from Jo and myself. Inbetweentimes, I also did a pile of stills shooting for Summer Madness Summer Madness, plus a flower festival and two concerts for May Street church. The skills are building…

(I didn’t intend to make this all being with the letter S – it just does!) We enjoyed two gigs at the Grand Opera House, one featuring Kieran Goss with Brendan Murphy and Eddi Reader, and the other with Brian Houston and the Belfast Community Gospel Choir. On the first night of the Belfast Festival, we went to see Dervish and guests at the Ulster Hall. Since one of Jo’s sisters has given us vouchers for the Grand Opera House, we will be back there before long…

The big musical news of the year was that I now have a third piece of paper concerning musical qualifications to go with my GCSE and AS Level Music – I passed Grade 5 singing with merit! My singing teacher Eve and I are planning a swap to Popular Music for the next stage – watch with interest…

I have finally used a passport! We headed off at the end of August to Stockholm in the company of the aforementioned Kieran Goss and Brendan Murphy, although we didn’t know this until we reached baggage reclaim in Arlanda airport – they were heading off to the studio. Over nine days, we stayed with one of Jo’s Corrymeela friends and his wife, toured the museums of Stockholm, and headed north for two nights on a four hour train journey to Stiftsgården, the Church of Sweden’s retreat house/conference centre in Rättvik in central Sweden. We will be back again, but not this year – wait and see!

Well, that was 2011 and a bit in review. I’m still playing at Strand – the old building has been demolished, and we plan to start the new building soon. In the meantime we have been meeting in Victoria Park Primary School in the mornings during termtime, and in St Brendan’s Church of Ireland hall in the evenings and during the holidays. I’m also still working in IT support for the Social Security Agency.

My biggest prayer point is of course for me and Jo as our relationship deepens, for God to be with us and to lead us. I would be nowhere without him.

As ever keep in touch!