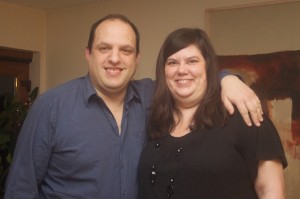 This is our last Christmas before we get married.

Since Andy wrote his last letter on 16 February 2012, our thinking has been dominated by preparations for 16 February 2013, and this has picked up pace over the last four months, issuing save the date emails, designing wedding stationery, compiling names and addresses, and trying to figure out what we have forgotten!

The year has therefore gone by in a blur, but we’ll try and pick up some of the highlights in both our lives, with a little help from Andy’s photo collection!

Jo’s real engagement ring was ready just after Easter – it was made from diamonds in two family rings: her Granny Robinson’s and her Great Aunt Grace’s.  A couple of days earlier we were present at an attempt by Summer Madness to break the record for the largest number of people participating in a barefoot walk – we were short by a long way, but it was fun watching everyone walk up and down at Stormont. 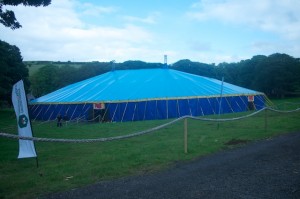 The Big Top at Glenarm, later used for Ronan Keating and Sharon Corr at the Dalriada Festival 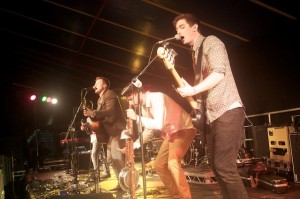 Speaking of Summer Madness, Andy enjoyed the hospitality of his future in-laws near Ballyclare, leaving me a 30 minute drive over the mountains each morning to Glenarm where we were glad to see the return of the Summer Madness Big Top (known to some as the New Horizon Pavilion!)  The atmosphere was very different, and Andy felt that God had honoured our following him in taking the festival to the King’s Hall in Belfast in how he blessed those present as we returned to the country in a very different location from Gosford Forest Park.

In January, Andy became a provisional member of the Corrymeela community, and quickly 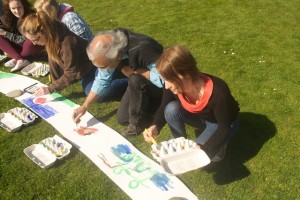 Creating the art spiral at Corrymeela

found himself in at the deep end, as the two of us joined an intergenerational team planning the April members’ weekend, providing musical accompaniment and trying to keep ahead of logistics, besides taking a few photographs whilst amongst many other things, Jo organised an all-age art spiral.  Andy will become a full member in January. 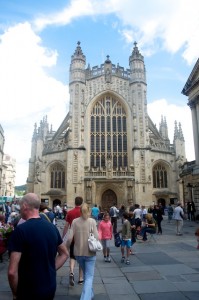 Our main holiday this year was in August, when we drove off to Somerset.  Unfortunately, roadworks helped us miss the HSS from Dun Laoghaire, but we got the next boat from Dublin Port – having driven across North Wales and down the M6 in torrential rain, we stopped overnight in Stoke on Trent with Jo’s father’s cousin Renée, and the next day Andy drove straight down the M42 and the M40 to escape the queues on the M5.  A very long dogleg allowed us to visit Andy’s friends Dave and Carol in Dunchurch and then Jo’s sister and brother-in-law Christine and Doug in Reading before heading west along the A303 past Stonehenge to our destination, Haselbury Plucknett. 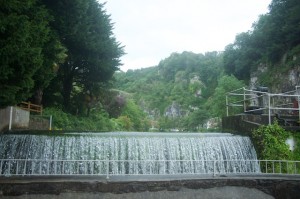 We stayed in a lovely house owned by the parents of one of Jo’s colleagues, and over the succeeding week we visited the nearest town of Crewkerne, went to church with Andy’s fellow Spring Harvest security team member Phil in Yeovil (after missing each other in Belfast a few weeks earlier), visited Andy’s singing teacher Eve in Corsham, noseyed around Bath and Cheddar Gorge, had a bite to eat with Andy’s fellow Spring Harvest steward Ali in Bristol, and had dinner in River Cottage Deli in Axminster. 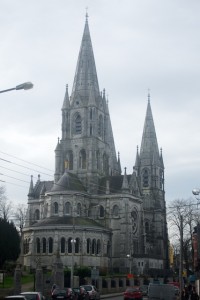 On the way home we visited Andy’s former Spring Harvest Chief Steward John, his wife Dawn and family in Newport before staying over with Jo’s friend Blanka in Caerleon and driving home via the Fishguard-Rosslare ferry.  Total: over 1400 miles.

Andy was really pleased to see Ali, Phil and John because this year and next he’s not going to Spring Harvest – getting married means we’ve both had to reprioritise what we do and spend money on.

This was not our only trip to that strange island beside Ireland: in late May/early June, we visited Glasgow (see below), Balerno (Jo’s other sister Louise) and Dumfries (Andy’s aunt and uncle Alice and David).  Jo’s brother Robert would be jealous of the beehives out the back, but Alice and David helped us choose the wine for the wedding, ordered it for us, and contributed to its cost! 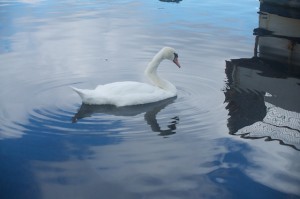 A swan with a crooked neck at Castle Archdale

Other trips we enjoyed during the year included Valentine’s Day in Cork, courtesy of train tickets we won from Irish Rail on Culture Night, and a night away in Enniskillen for our second anniversary in August.  We also celebrated Jo’s dad’s 70th birthday in October.

Not only has our wedding dominated our thoughts, but we’ve also celebrated weddings, partnerships, engagements and children of a stream of friends this year.  Particular highlights included Graeme and Angie’s wedding in March, Padraig and Colleen’s celebration in April, Caryl and Trevor’s wedding in May, Holly and George’s civil partnership in May/June and Tim and Esther’s wedding in June.  We’re losing count of the number of friends having children, including Mark and Sara, Mark and Sarah, Gail and Paddy, Padraig and Colleen, in the next few weeks, Graeme and Angie, and soon Peter and Kate. 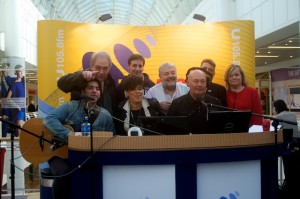 Andy headed to Castle Court for the end of the U105 Boogie Bus fundraiser tour for the Northern Ireland Hospice in October – this is one of of his favourite shots, featuring Brian Kennedy and some of the U105 team.

Jo is finding her work both challenging and rewarding.  As an Art Therapist for Cancer Focus Northern Ireland, working with both patients and their families, she says working with death and dying makes you appreciate how precious the gift of love is.  She curated an exhibition of work by one of her clients Matthew which ran in the Cancer Focus offices in June soon after it was renamed from the Ulster Cancer Foundation, and more recently in the Whitla Medical Building at Queen’s.  Continuing to facilitate Art Therapy groups across Belfast and County Antrim, she has also been illustrating a second children’s book for Cancer Focus, to be published in January.

Andy continues to work hard as a First Line Service Manager for the Social Security Agency. Andy moved from Windsor House in Bedford Street to James House in the Gasworks building with other colleagues – although we always work as a team anyway, it’s nice to have colleagues beside me rather than in another building!

It has also been a busy year at Strand, where Andy has now been playing piano each week for 5.5 years.  The great news is that the steelwork for the new church is up, and they are laying floor slabs and building blockwork walls – it is hoped to be in the new building by the end of 2013.  Andy is looking forward to getting back to our own services on Christmas Day – while it’s been nice to have Christmas Day off this year and last and go off to the Church of the Resurrection to see old friends, Andy is very much looking forward to celebrating and worshipping with the folks he loves and serves each week next Christmas in the new church building.

This year we started going to Christmas dinner together, with Andy’s parents John and Jill and grandma Joyce, as Jo’s parents John and Jean are in Scotland visiting Louise.  Next year we expect to be in Ballyclare, but after a long few days including Sunday morning’s Carol Service at Strand and midnight Communion in Willowfield Parish Church, it’s nice to slow down now.

2013 promises to be a pretty busy year, but for now most wedding plans are very well advanced.  Orders of Service will be made in early January, which will leave the table plan and a few odds and ends to go – Jo’s dress is being fitted finally in the New Year, and we’re looking forward to the hen party and stag do – the stag do starts this Saturday with some clay pigeon shooting, but the rest will be later in January.

In the meantime, we look forward to getting away to Italy on honeymoon in February.  It’s so hard to believe that it is now less than eight weeks away!

Our request this year in this our first joint Christmas letter is your prayers for us both as we approach the big day and afterwards as we bond more closely as husband and wife.  We know what it is to be surrounded by friends and family and be loved by God, and your love and prayers will therefore be your greatest gift to us this year. 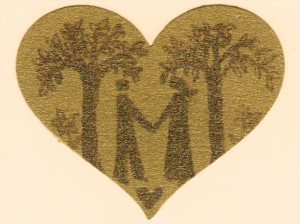